We headed south by train last week to Diez to visit Andreas’ brother and sister-in-law, also my in-laws now I’m happy to say.

We arrived mid-day Thursday with a box of Bremerhaven smoked fish and an eel wrapped in newspaper. That evening, after dinner, Andreas’ brother Burkhard put an old card game in a cigar box, that he had been storing in his basement on the table. The cards were of tractors, race cars, tanks and ships. I’m not sure how the game was meant to be played but young Andreas had been fascinated by the stats of the various vehicles on the cards and had organized and ranked them accordingly as a kid in the 60’s. We ended up throwing away all but the icebreaker ship. (they were stinky)

Friday, we traveled by car on the Autobahn (oh boy!) to Weilburg where we had a yummy, roadside Currywurst lunch and then visited the Rosenhang Art Museum. The Museum was created in a renovated brewery and the eclectic mix of modern art presented is all part of a private collection.

In fact, the owners of this space and collection also sell tickets and walk around monitoring and greeting the visitors. Some of the brewery equipment is still in place and the gallery spaces are rough, weird and totally refreshing after years of experiencing art on boring white walls. 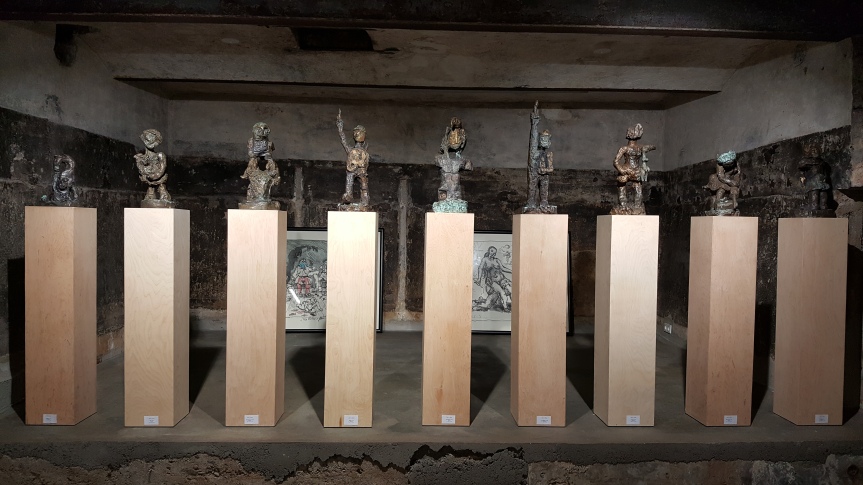 Later that evening Burkhard and my new sister-in-law Carina hosted a homemade pizza dinner party with their friends. We had a great time and ate and drank too much.

On Saturday Andreas, Burkhard and I visited Limburg to do some shopping and sight seeing. Limburg has some great older architecture that survived the war.

We also got to see some of Burkhard’s restoration work. He’s a master craftsman specializing in restoring very old wooden windows 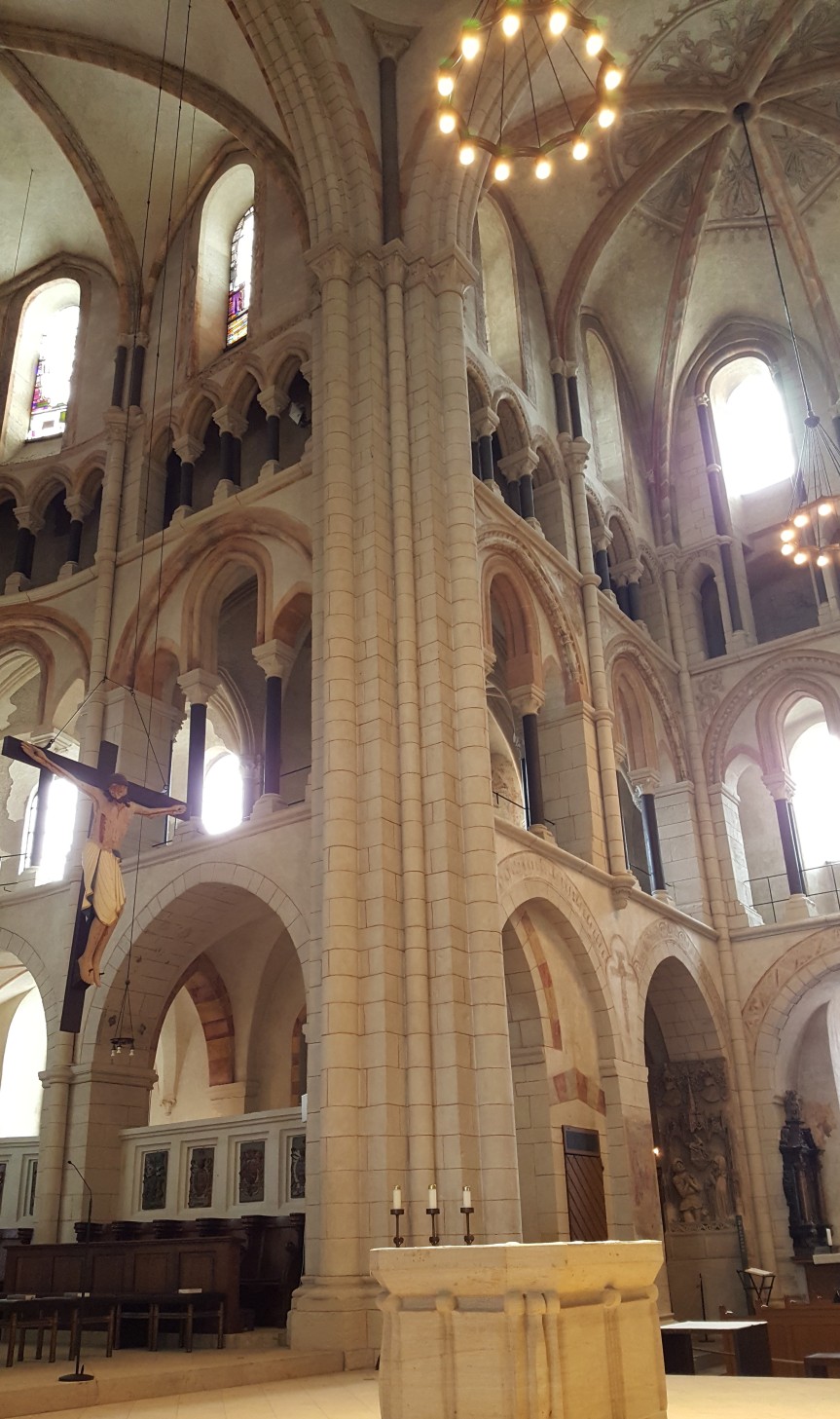 After Limburg we returned to Diez for coffee and cake and then to see Burkhard’s latest project, the restoration of an entire home.

The next day we drove to Carina’s hometown to have coffee with her parents. Her mother always presents a beautiful table with delicate china, flowers and homemade cakes. It’s really special and her cakes and coffee are wonderful.

Later that night everyone settled in in front of the TV, two of us with our knitting, to watch a German Survivor re-cap show and some strange game show where the contestants were popping balloons with radio controlled cars.

On Monday, before we returned home, Andreas and I walked to town for coffee and to see the bookstore’s new window. The woman who works there creates really cool scenes with cut-out and painted cardboard.

I’ll leave you with a little bit of Diez history that has haunted me since our visit last Christmas. These stairs connect the shopping district to the neighborhood we were staying in and we walked them every day.

Down these stairs, 41 Jewish orphans and their tutors were taken in a dark night in a pogrom-like action on 20 August 1935 by Nazi-sympathizing local citizens from the Israelite orphanage next to the castle and were pushed to the marketplace. The next day they were deported to Frankfurt. The married couple who directed the orphanage were probably murdered in concentration camps along with many of the children.

In memory of the victims

A warning to the living 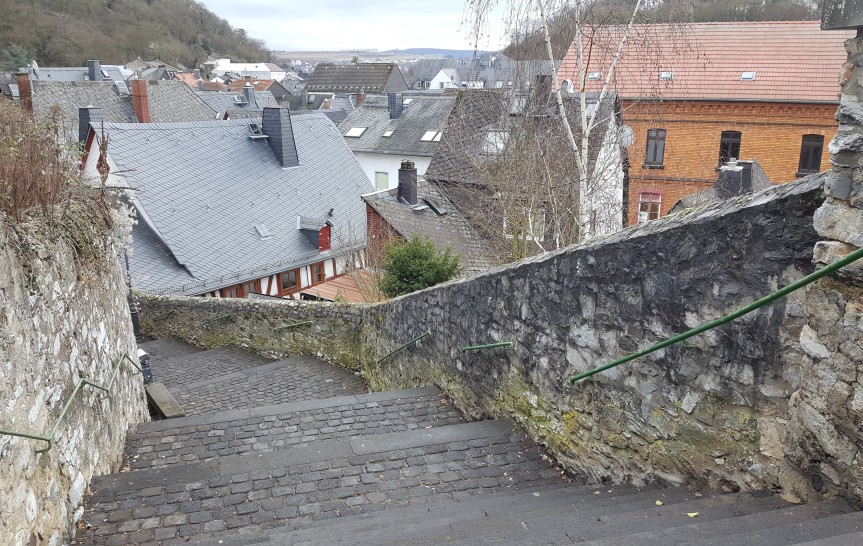 (“Translating the inscription, I am appalled by its poor writing. A pogrom is described as “pogrom-like,” violent pushing, beating, and yelling at the Jewish children is described as an “action,” and local citizens are described as “Nazi-sympathizing local citizen.” The voice is passive and the violence is implied. The first sentence reads poorly, because it names neither the perpetrators nor their actions.”    ~ Andreas Muenchow)

According to Wikipedia the Jews in Diez can be traced back to the Middle Ages around 1286, but after WWII, “Almost nothing remains of a Jewish presence in Diez.”

Diez and Limburg are really beautiful cities. If you’re traveling through Germany, I recommend them.

2 thoughts on “Hello new in-laws, I bring you eel.”